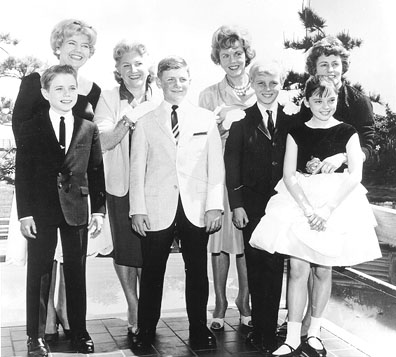 My 13th birthday party, March, 1963. Mom and I are on the left with Flip Mark, Jay North and Angela Cartwright and their moms. 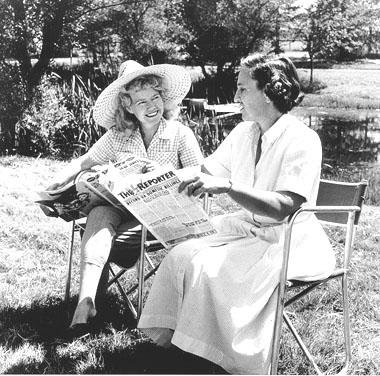 July, 1959, my third year on "Lassie". That's real grass, so we were outdoors on location this day. Mom and my teacher, Katherine Deeney were chatting, looking over the trade papers. Mom was with me on the set nearly every day of my seven years on the show. 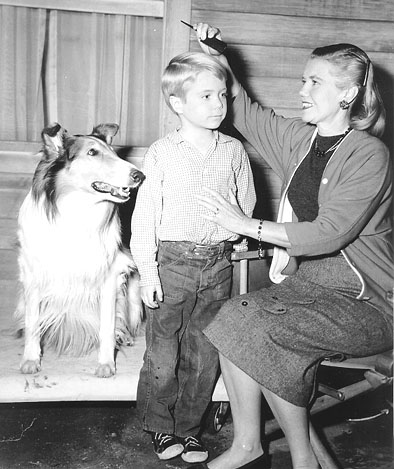 March, 1958 -- Poor Mom did her best to make me presentable. I knew I couldn't get dirty, but messy -- that was something else. 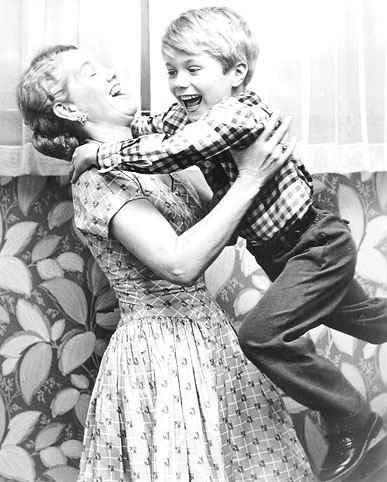 Mom and I were very close, a team. Together, we had an incredible adventure. In their last conversation, Laurie and Mom talked about the past for a long time. Then Mom smiled, sighed and said, "I've had a wonderful life." No one can ask for more than that. 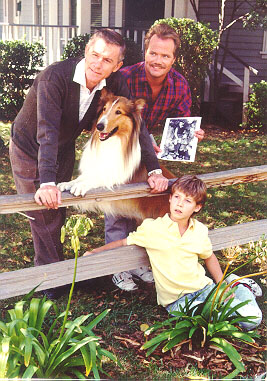 In 1989, "The New Lassie" series reunited many of the original "Lassie" family, starting with the original "boy", Roddy McDowall. Roddy starred in the MGM classic film, "Lassie Come Home" with Elizabeth Taylor. Forty-six years later, he posed for this publicity shot with me and Will Nipper, the new kid on the block. 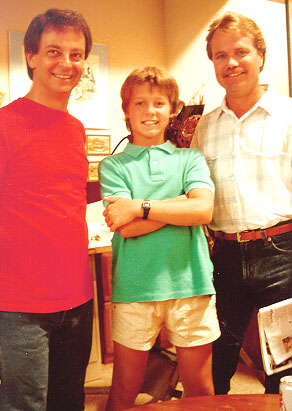 Here are the three "Lassie" TV boys: Tommy Rettig, Will and me. Will has been working a lot, but look for him as Will Estes now. 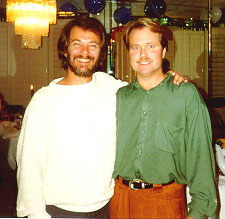 I always try to end this section with a picture of Tommy. Just found this one from March, 1990, at my 40th birthday party. I look like a deer caught in the headlights, but he looks terrific. You gotta love that smile.

Click here to go back to the main Recollections photo page.